We recently worked with the extremely talented people at John & Jane. One of the most creative and unique agencies in Cardiff. Having worked with them in the past on photography projects we got back together to produce a video that took everything they did and boiled it down into a 1 minute video. The guys at John & Jane do things their own way. They have a style that sets them apart from any other creative agency in Cardiff. They approached us to produce a video for them which would illustrate their process and their hands-on approach to branding and design.

To kick the project off we spent some time with the John & Jane team and discussed what it was that made them tick and how they wanted their company to be perceived. Once we were clued up we headed back to our studio for a video production meeting and gathered all of the ideas together to produce a storyboard.

It was important to John & Jane that we capture their working process. When looking for ideas for new brands they often leave their desks and get outside, go for a walk or just sit on the beach and look out to sea. Sometimes with a little whiskey to get the creative juices flowing! To film this we packed the video gear into the car and headed to Jackson’s Bay in Barry near Cardiff. We also captured the team in action back at their studio, having team meetings, getting their hands dirty and working on exciting new brands.

These little flourishes of animation really helped break up the different sections throughout the video and added a bit of fun! The resulting one minute video gives you an insight into the creative world of John & Jane.

Something that stands out to us about John & Jane is their ‘analog’ approach to digital and how talented they are with type! We got them to produce the ‘Do Something Different’ type so we could animate it for them in the video. 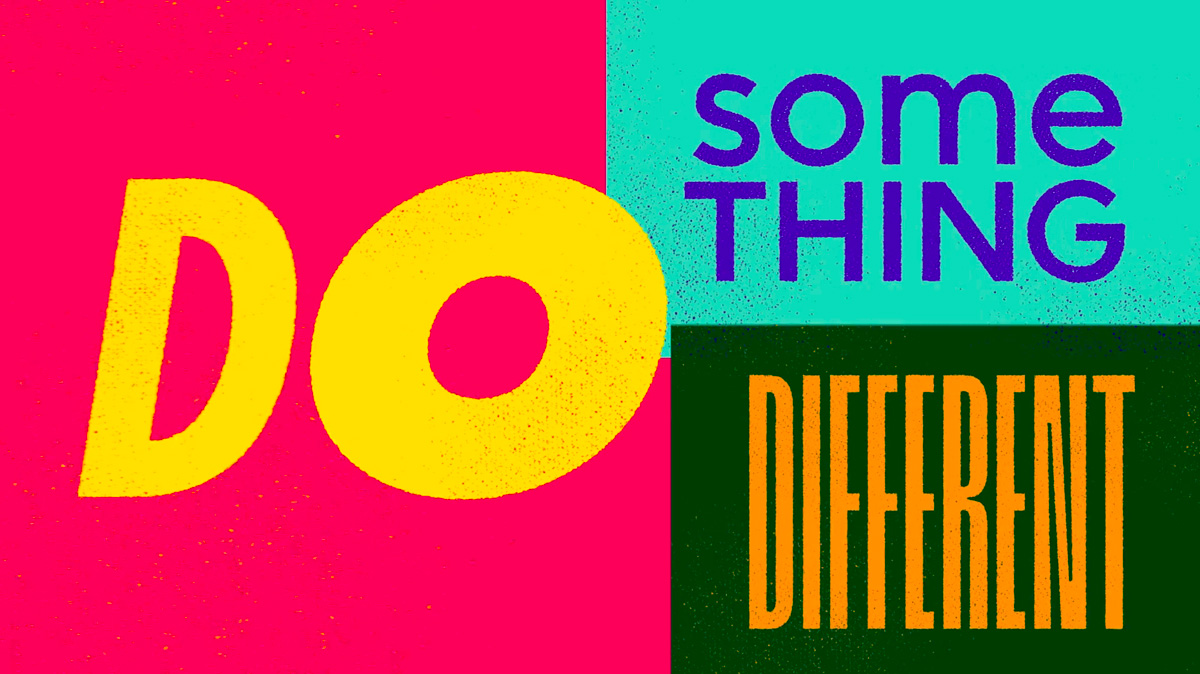